I Again Attempt to Make a Thing 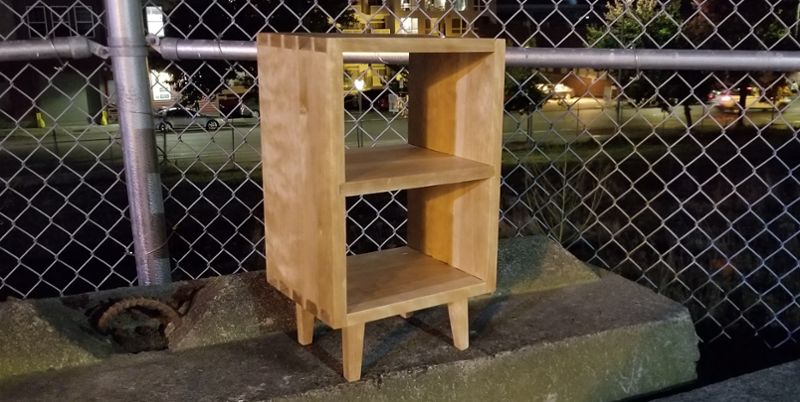 I found this dope looking birch. I had the guy at Home Depot cut it all to length for me. Trying to do all these cuts (and subsequent squaring) with hand tools would take ages at my skill level. Getting wood square is far more of a challenge than I ever would have expected. 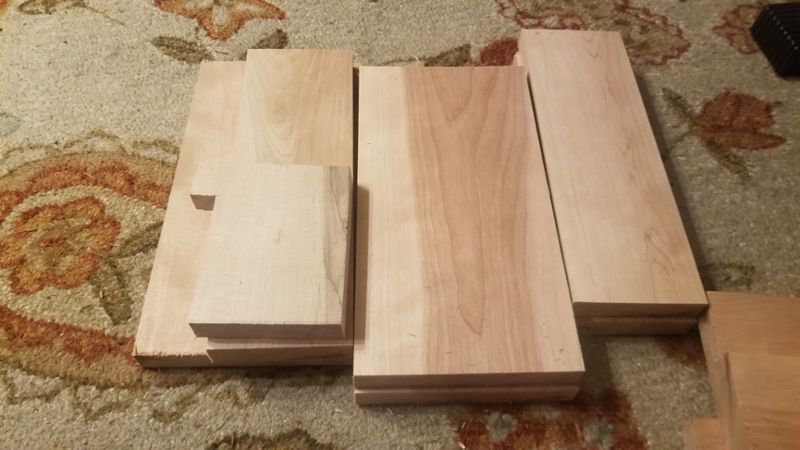 Edge joining. I have no idea what I'm doing. I glue and hope for the best. 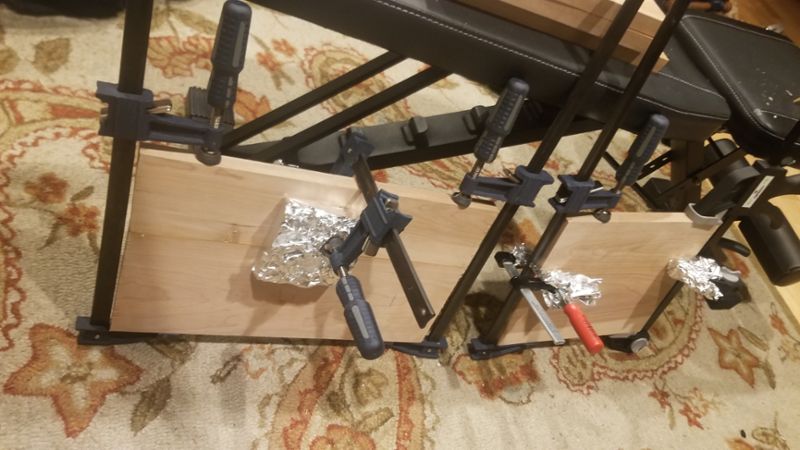 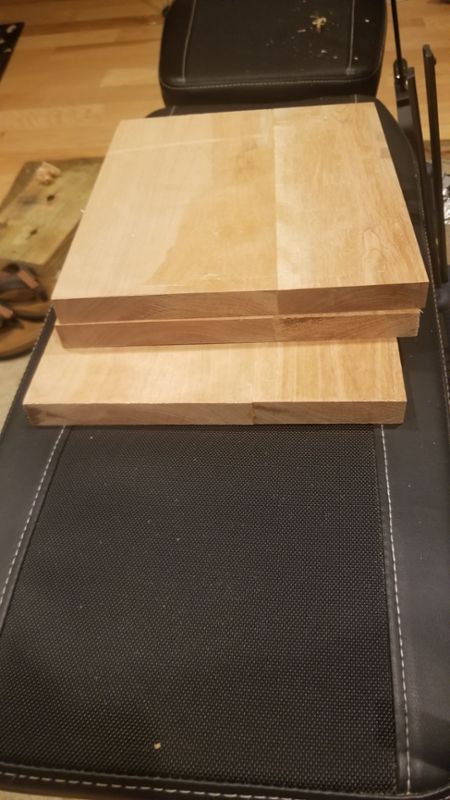 I realize that Home Depot cuts aren't very accurate at this point, and every piece is a different length. So, I begin the long, slow process of squaring them up. 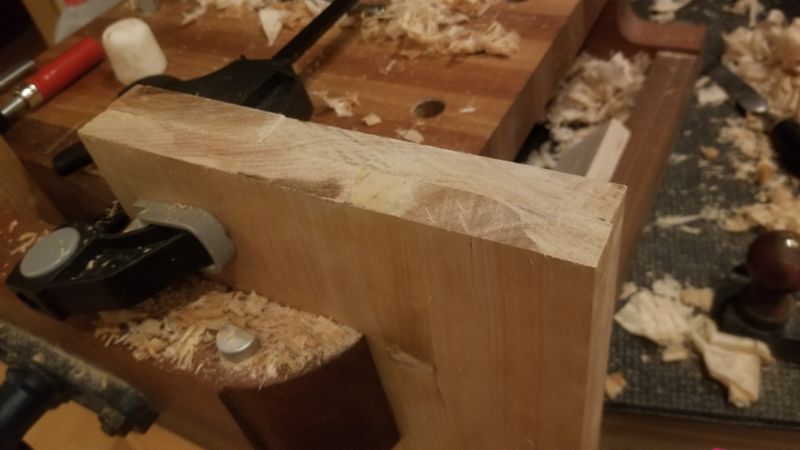 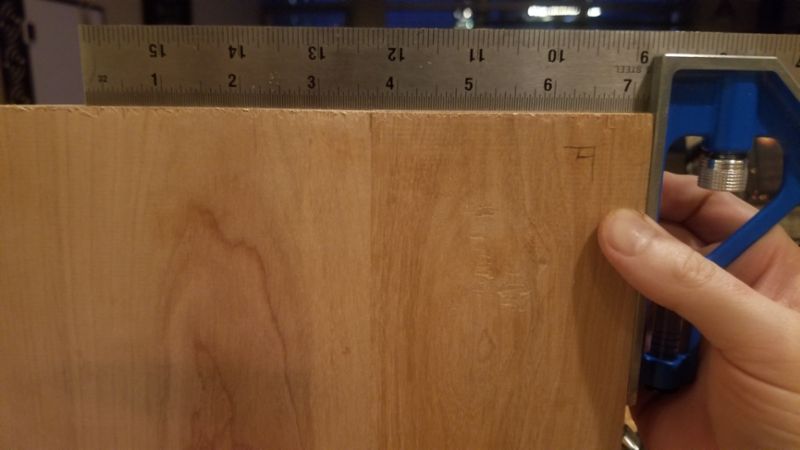 My first attempt at cutting a dato. 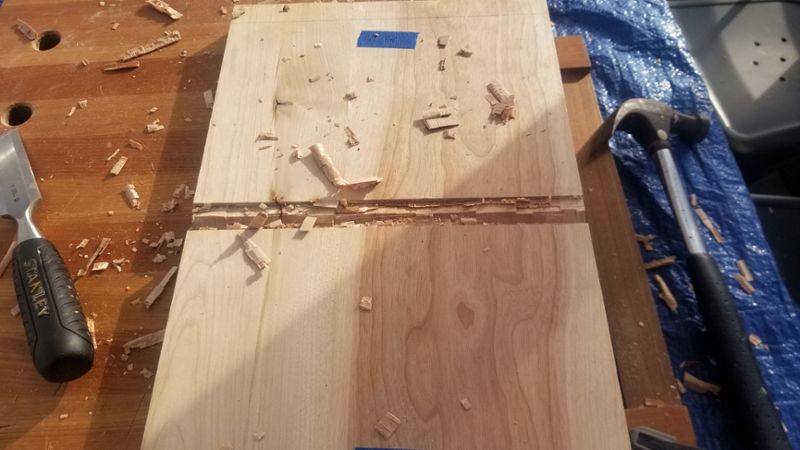 Not super smooth, but not bad for just a chisel. 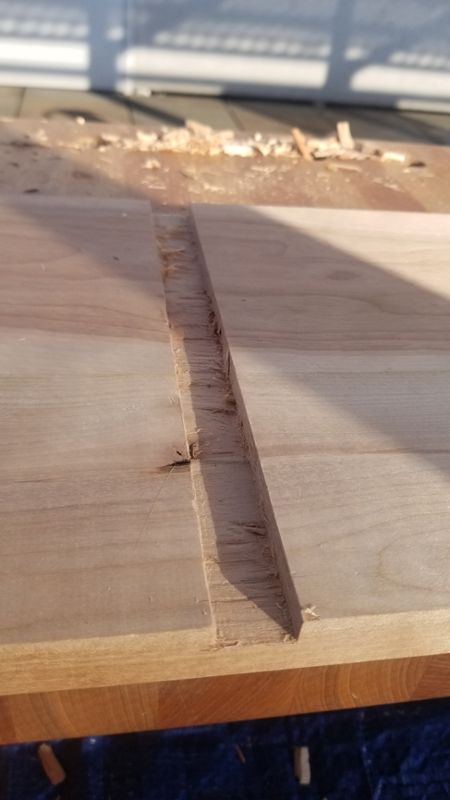 Speaking of chisels. The trash tier steel on mine after cutting one dato.

On the topic of regretting buying cheap tools. 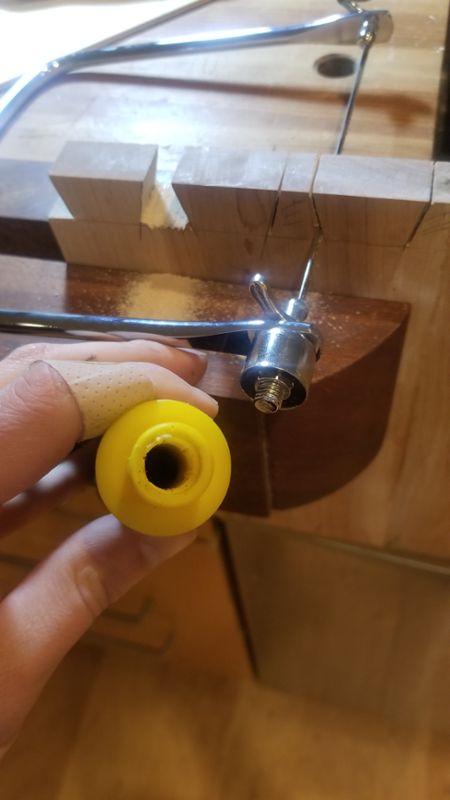 The little teeth that hold it in place completely stripped out of the plastic. Back to chisels and hammers.

First one came out pretty not great. Despite appearances, this is the work of a fully grown adult male trying his hardest. 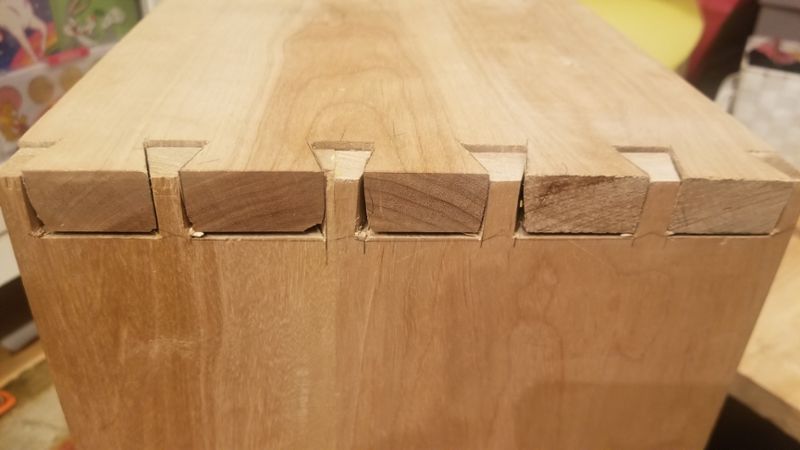 Second one was just about equally terrible. I eventually realize that problem is that I suck at sawing. None of the cuts are even approaching straight. 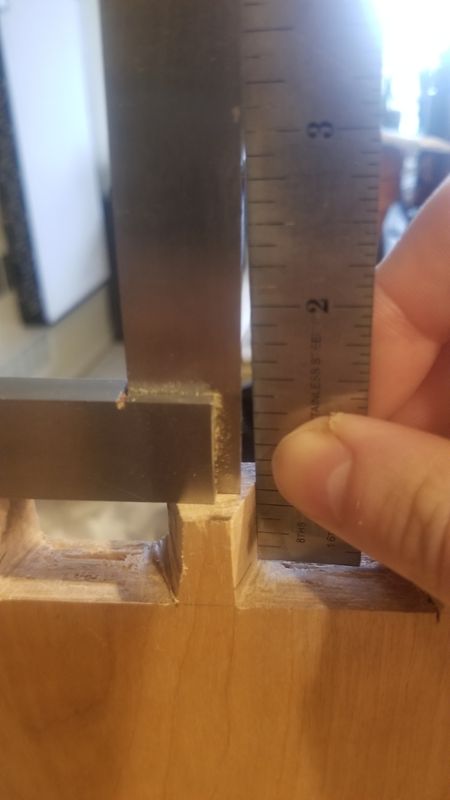 At the recommendation of this video by Rob Cosman I sat around and just practicing my sawing before attempting the next pair of dove tails.

It helped slightly. They still look terrible, but the huge upgrade here is that they actually fit together. Each one still takes me about an hour. 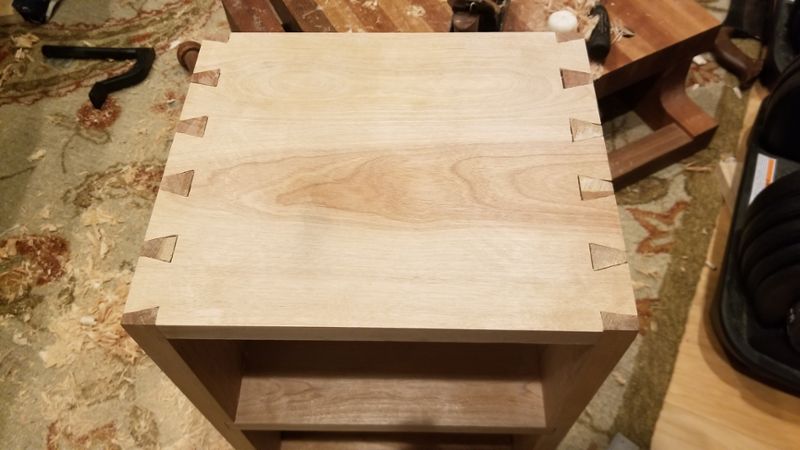 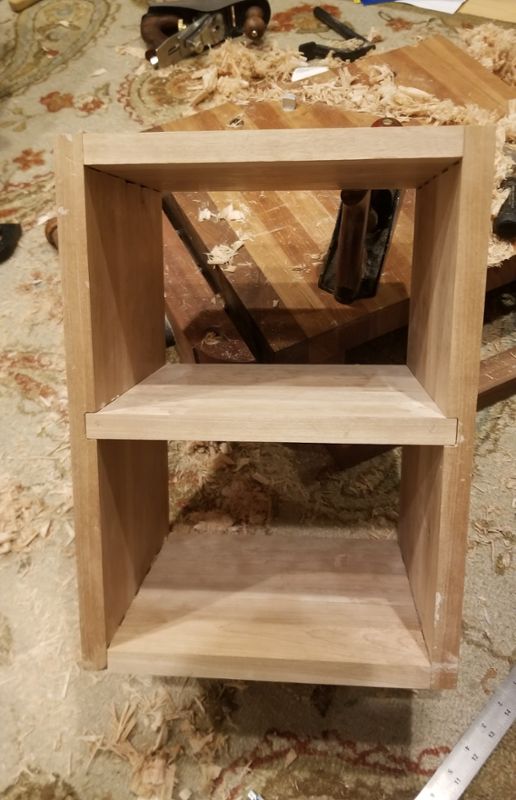 Gluing and clamping pressure didn't get rid of the massive gaps in the joints as I had blindly hoped. So... the very long process of cutting shims began. 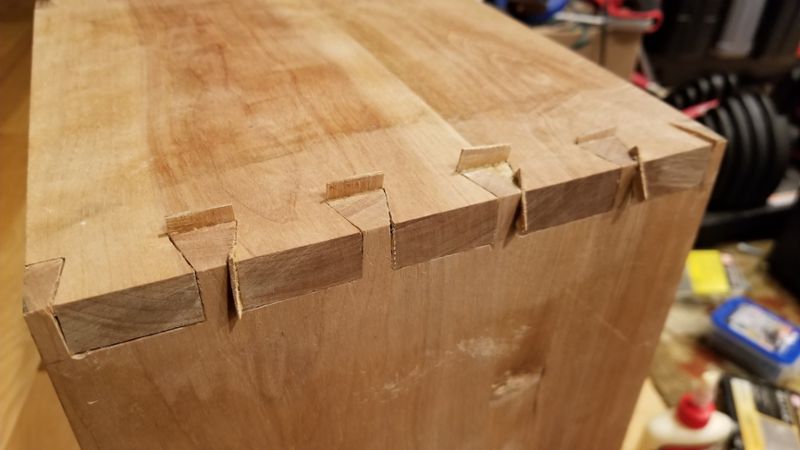 So far, it's just a box. Garbage. But then I add these adorable little feetsies. 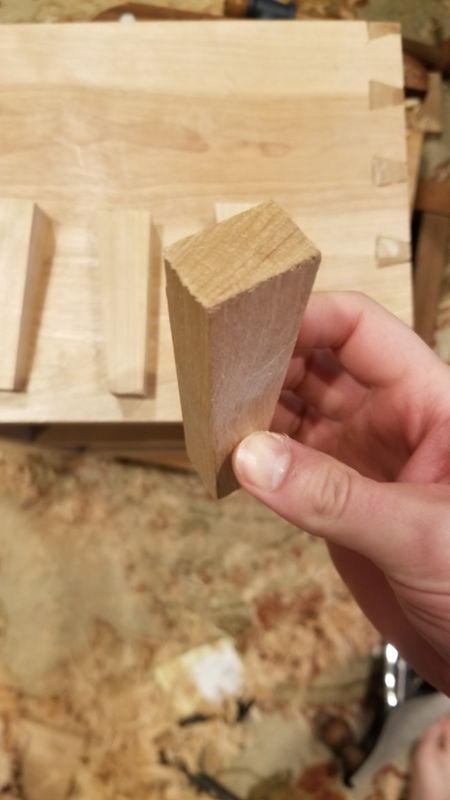 And now it's not trash. it's "Mid Century Modern." 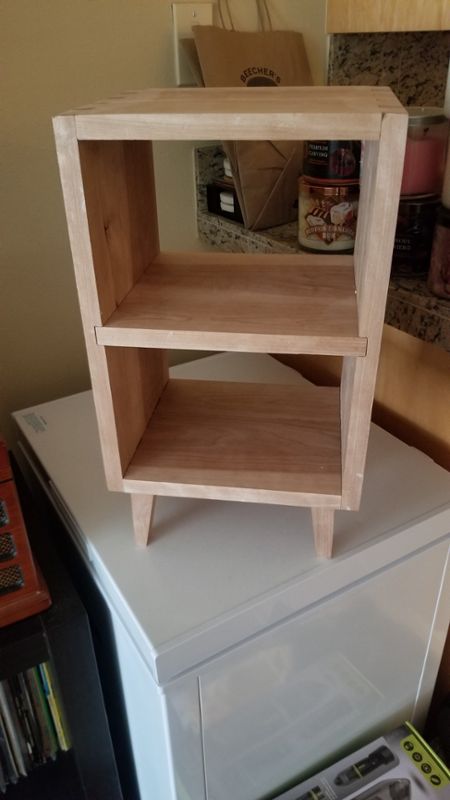 I take it outside and douse it in lacquer. 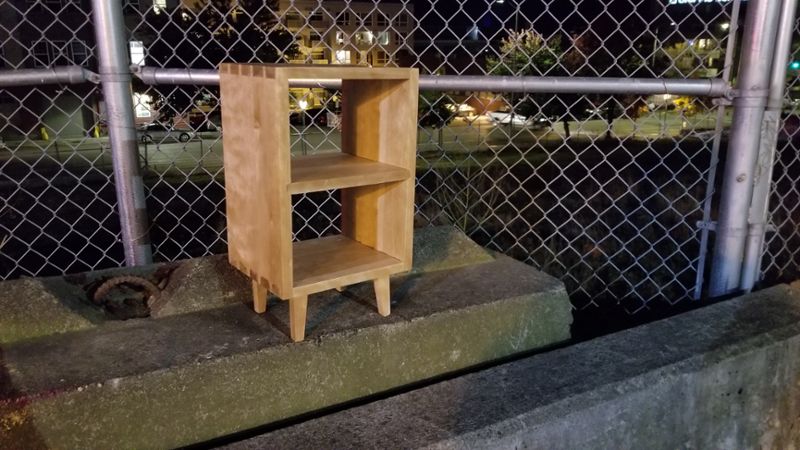 And then install it in its new home where it will hold things (and stuff). 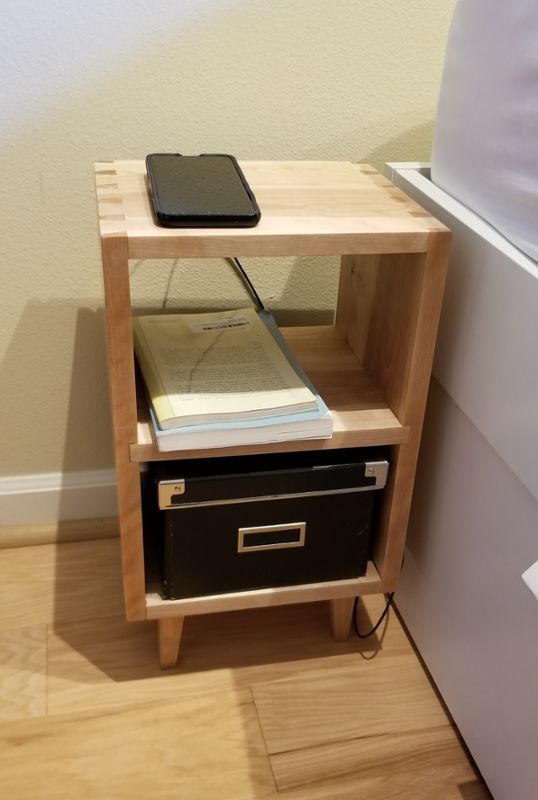