This is me, very much a computer person, trying to make things which are not on a computer as I try to stave off going stir-crazy during quarantine.

So far the previous Thing Holder hasn't fallen apart. I've got a bunch of left over styrene from making it, I assume making drawers can't be difficult for a man of my extraordinary talents with physical things, and thus the build begins.

My goal here was to organize all the loose items currently just crammed haphazardly into a bin on my bathroom counter. After some rough studying of inventory, I ended up with a three tier sort of thing, with the bottom for razors, middle for little bits like fingernail clippers (which I can never find), and the top for randoms. 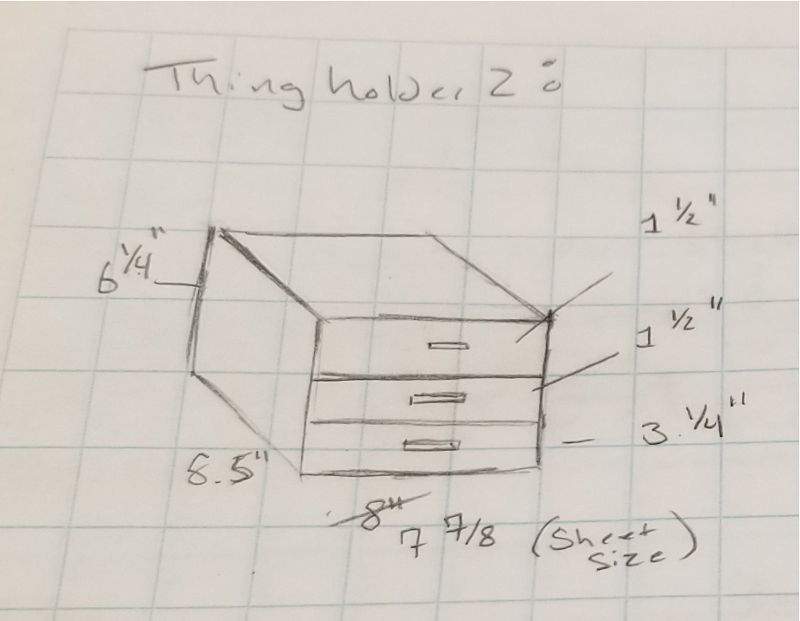 Learning from the past mistakes, I now label everything as I go. 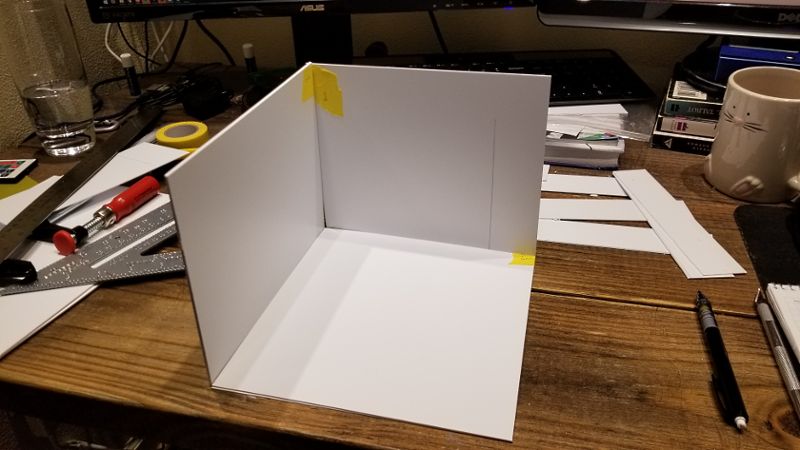 And then the other side. 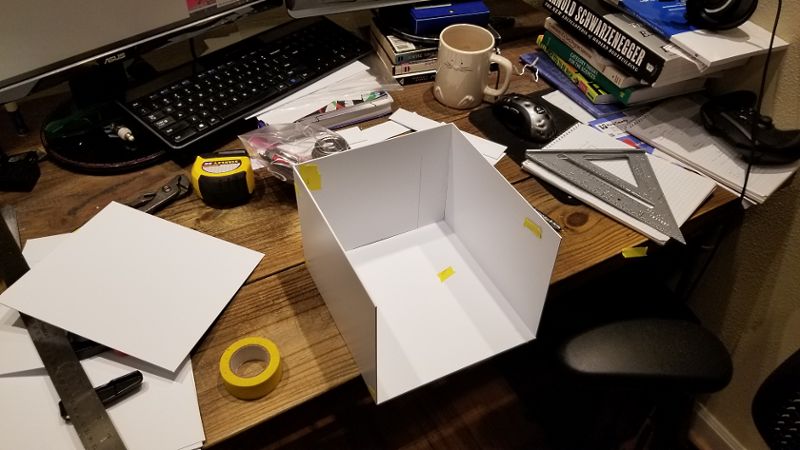 It's already super wobbly looking, and I've used up the only pieces of thick styrene I had making these walls. The remaining sheets are all only slightly thicker than a piece of paper. But, sunk cost is sunk cost. I'll build this wobbly bastard to completion. 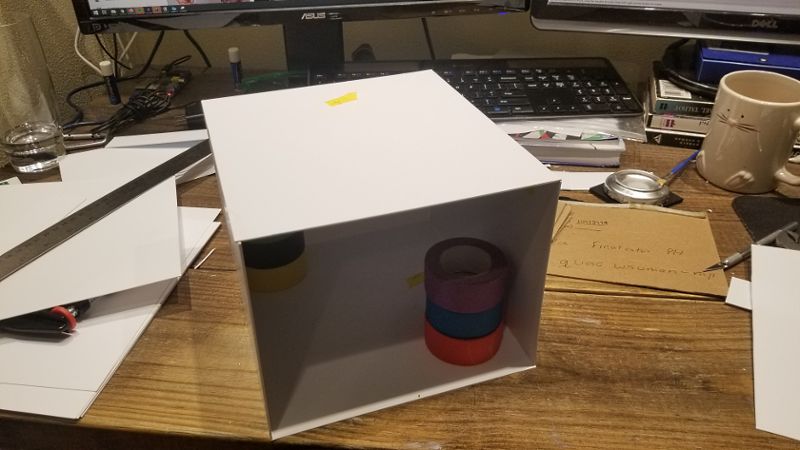 Test fitting the top shows that right angles are basically impossible for me. 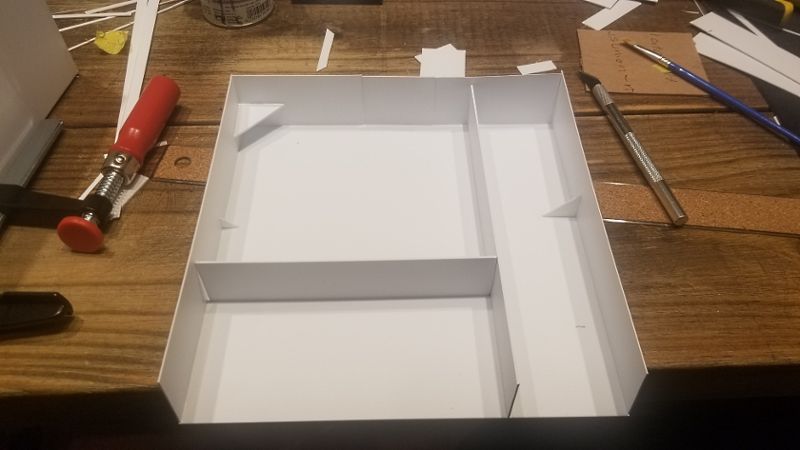 This is the middle drawer. I ran out of full sheets of styrene and thus had to start stitching together the backside from small pieces. Random angle supports were added randomly with no real eye towards how structural integrity actually works.

I took like 100 pictures of this thing. Despite it being objectively bad, I'm pleased as punch with it.

At this point, I realize the drawer doesn't fit because the main rectangle isn't vertically symmetrical. The picture logs end here as I frustratedly and seemingly endlessly shave the sides of each drawer down to fit.

But, several, several hours later, I've got a thing! 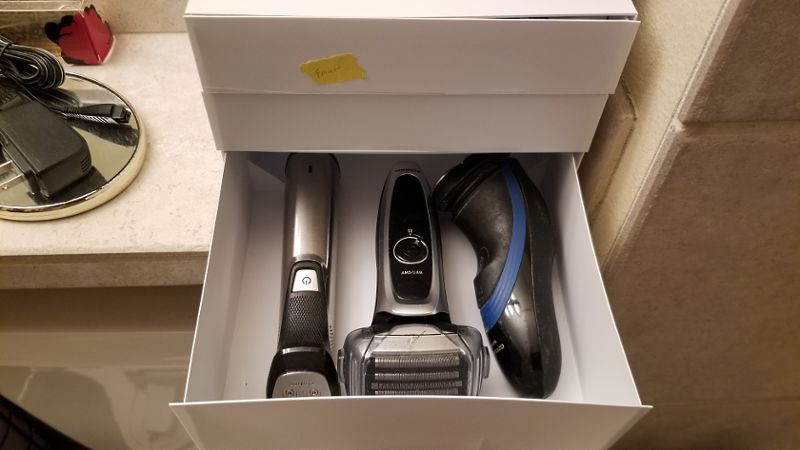 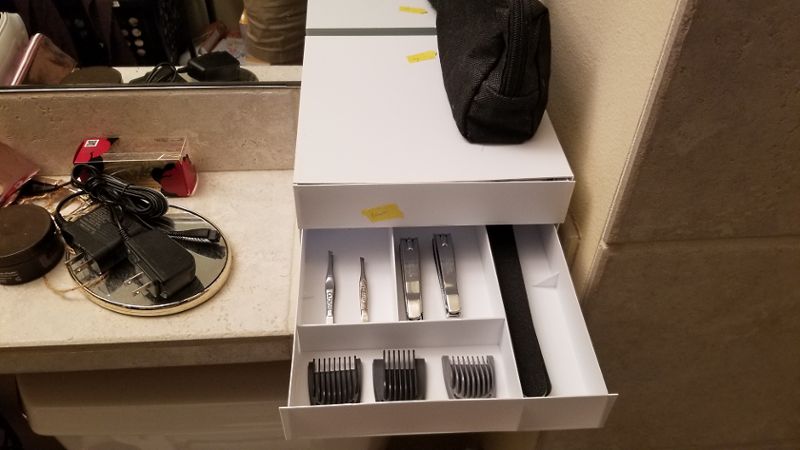 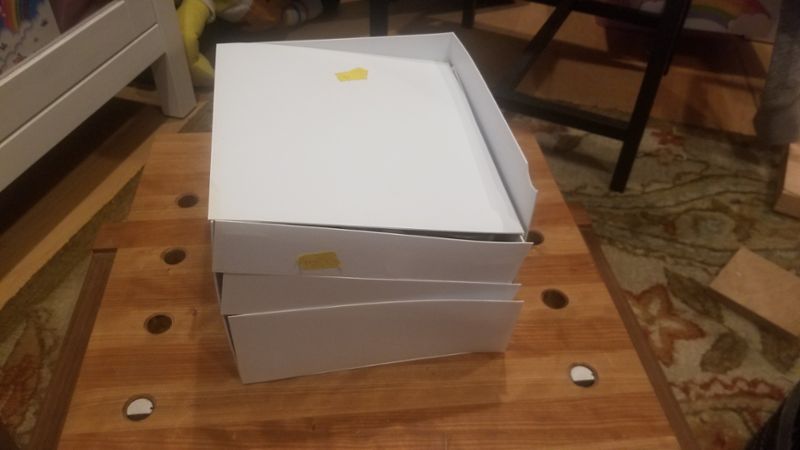