The mainstays on my desk (although usually strewn all over my apartment rather than actually on the desk): 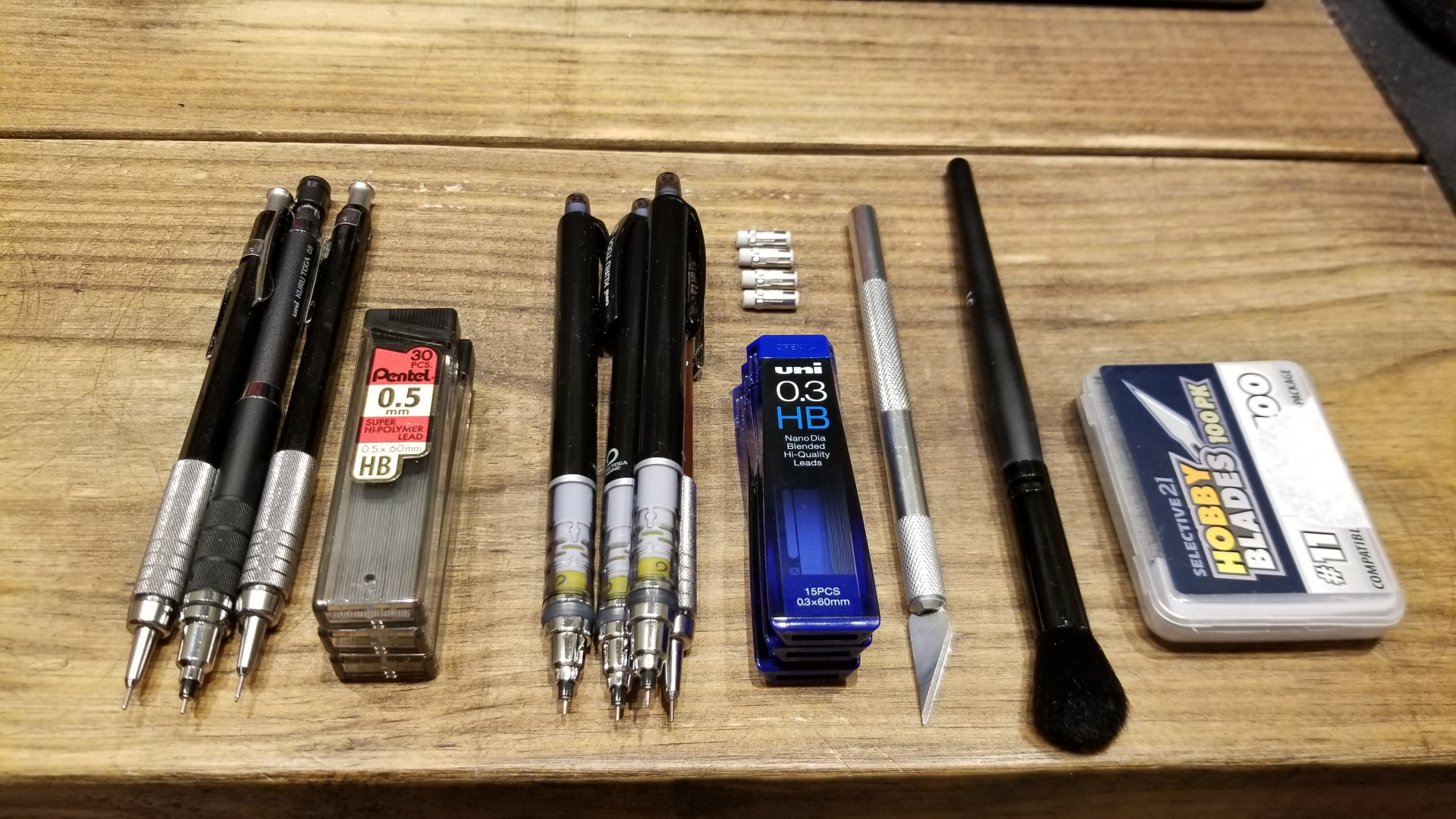 I wanted some kind of storage system which could hold all these things while keeping each of them visible and easy to access without hunting around. Inspired from watch way too much Tested during quarantine, I picked up some styrene and set about making some rectangles.

My initial hubris: Despite having no idea what I was doing, at no point did I doubt my ability to put cut things with 1/16" tolerances.

And then I tried cutting a piece of styrene to 1/16" tolerances. At which point those 1/16" pieces got changed 1/8", which, honestly, was still pretty wishful given my skill. 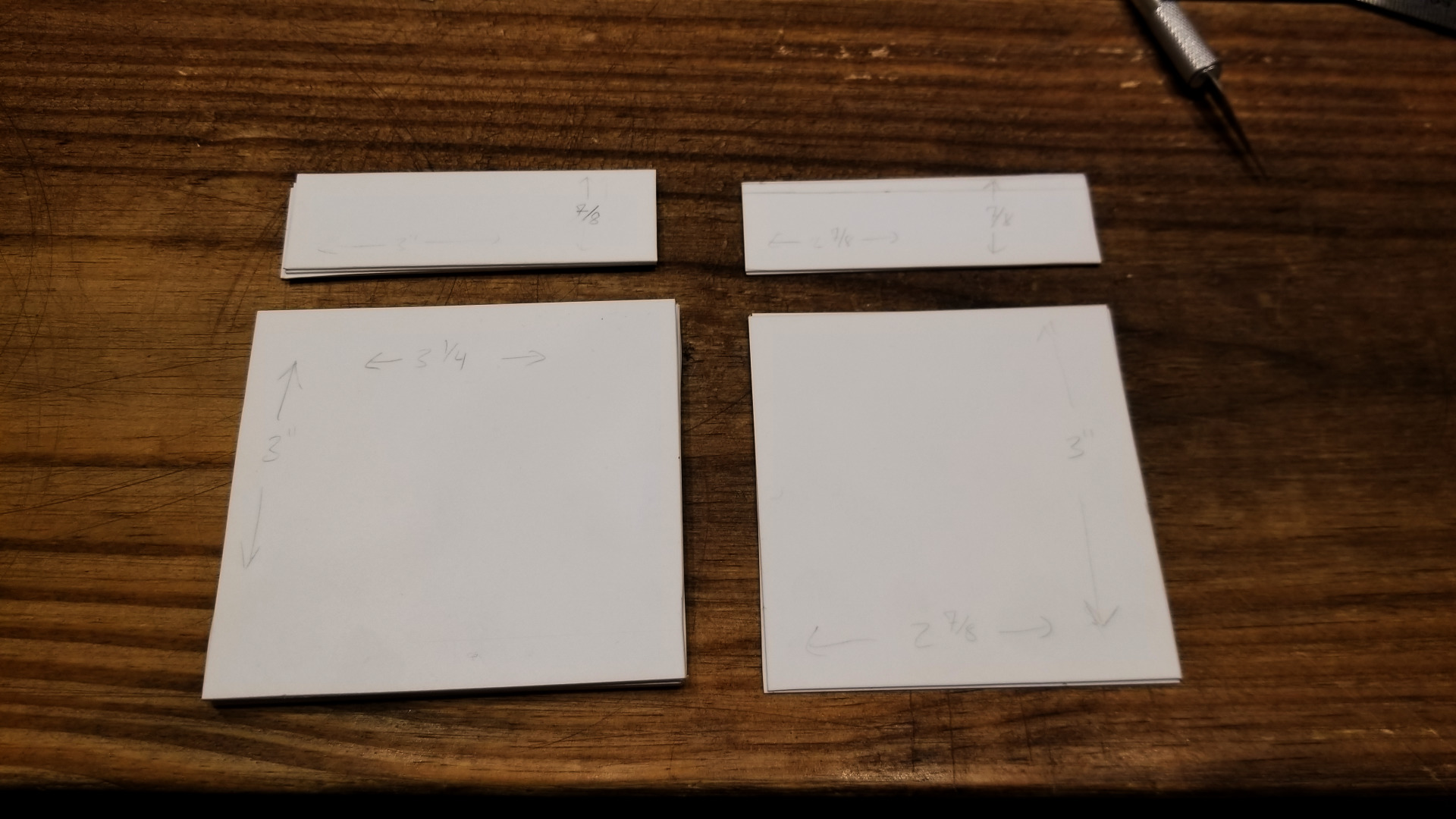 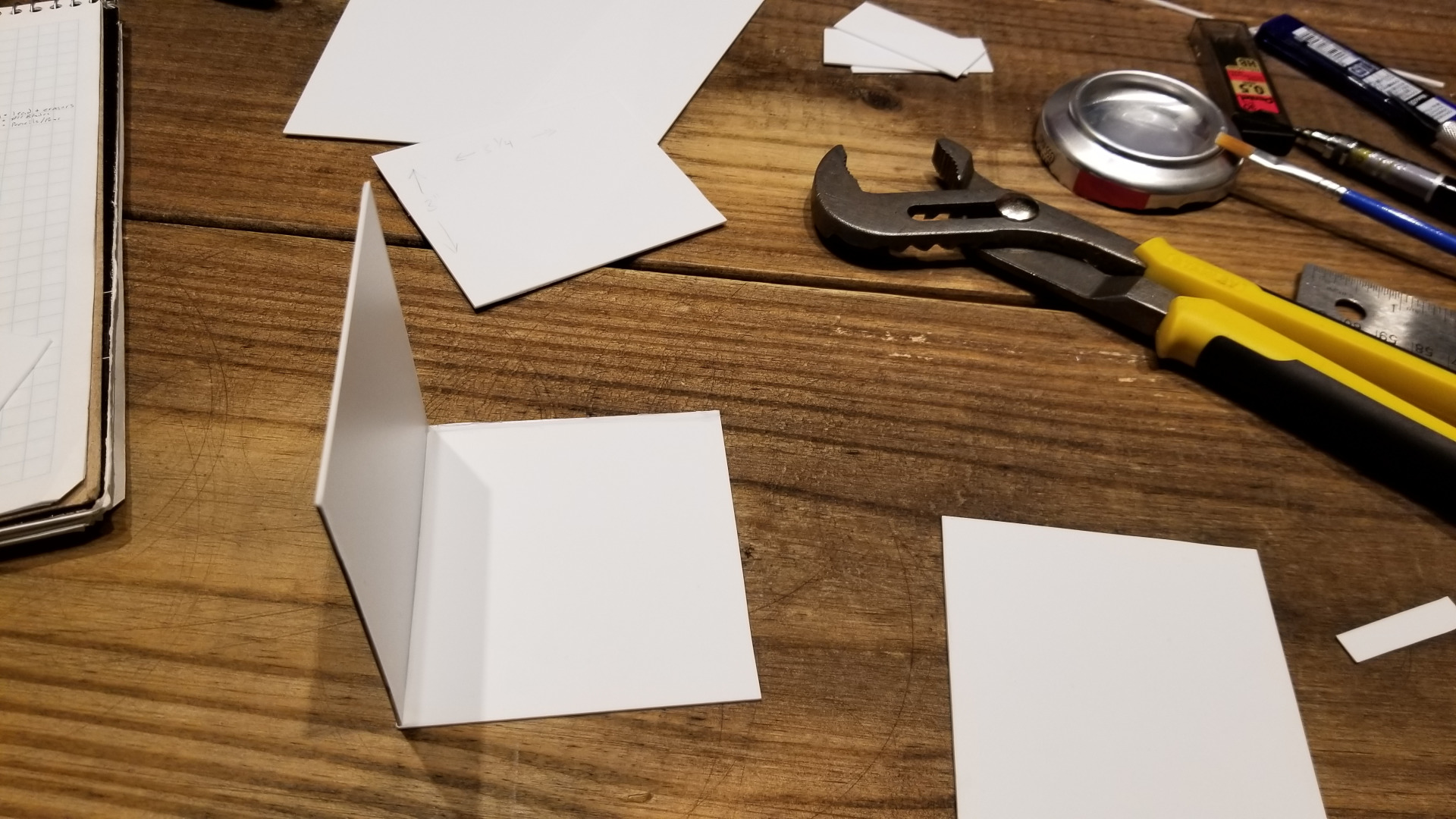 I realize my ability to measure things at all is questionable at this point. I end up having to re-cut tons of pieces and abandon original plans. 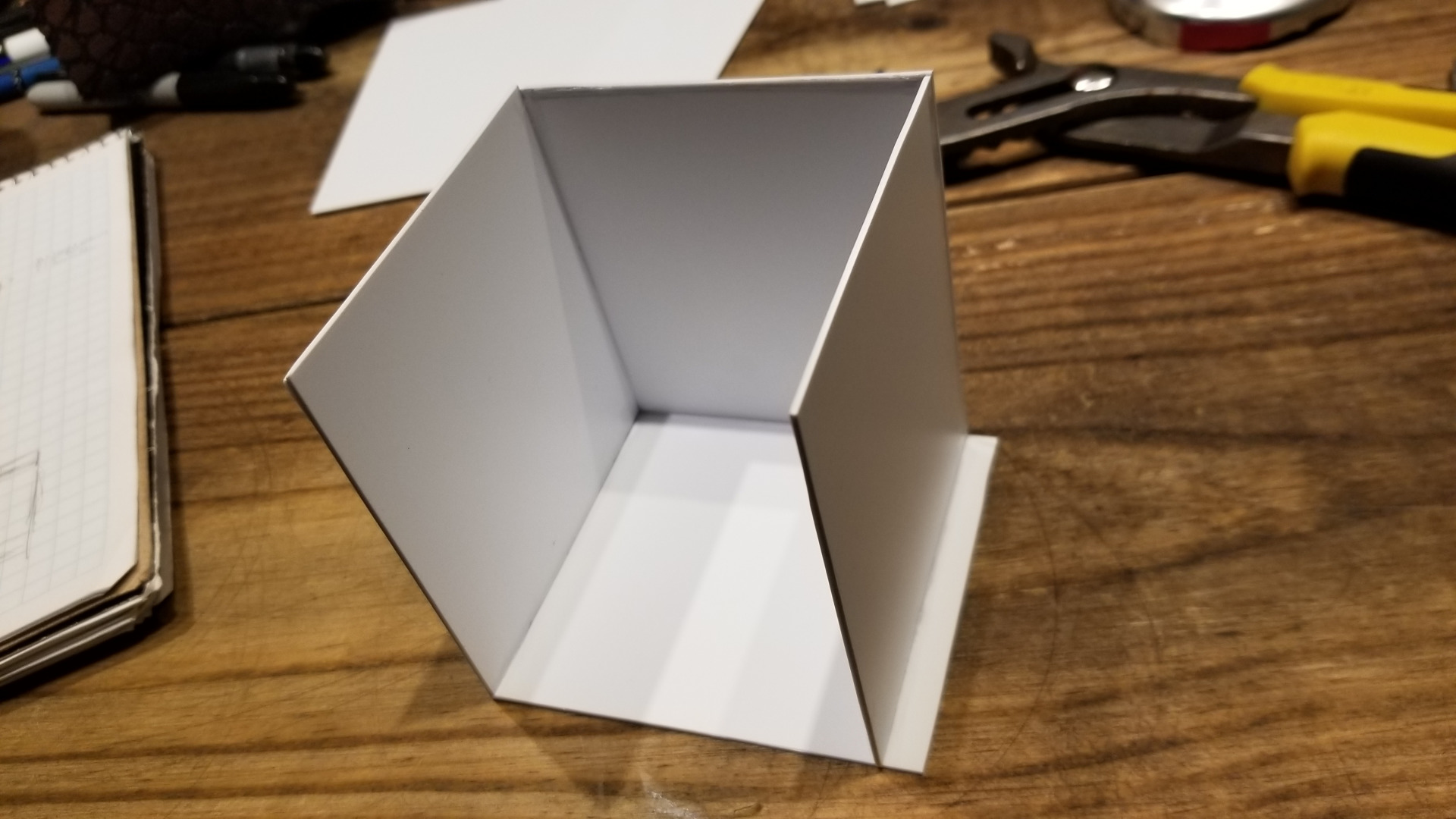 The project devolves into just winging it and hoping for the best. 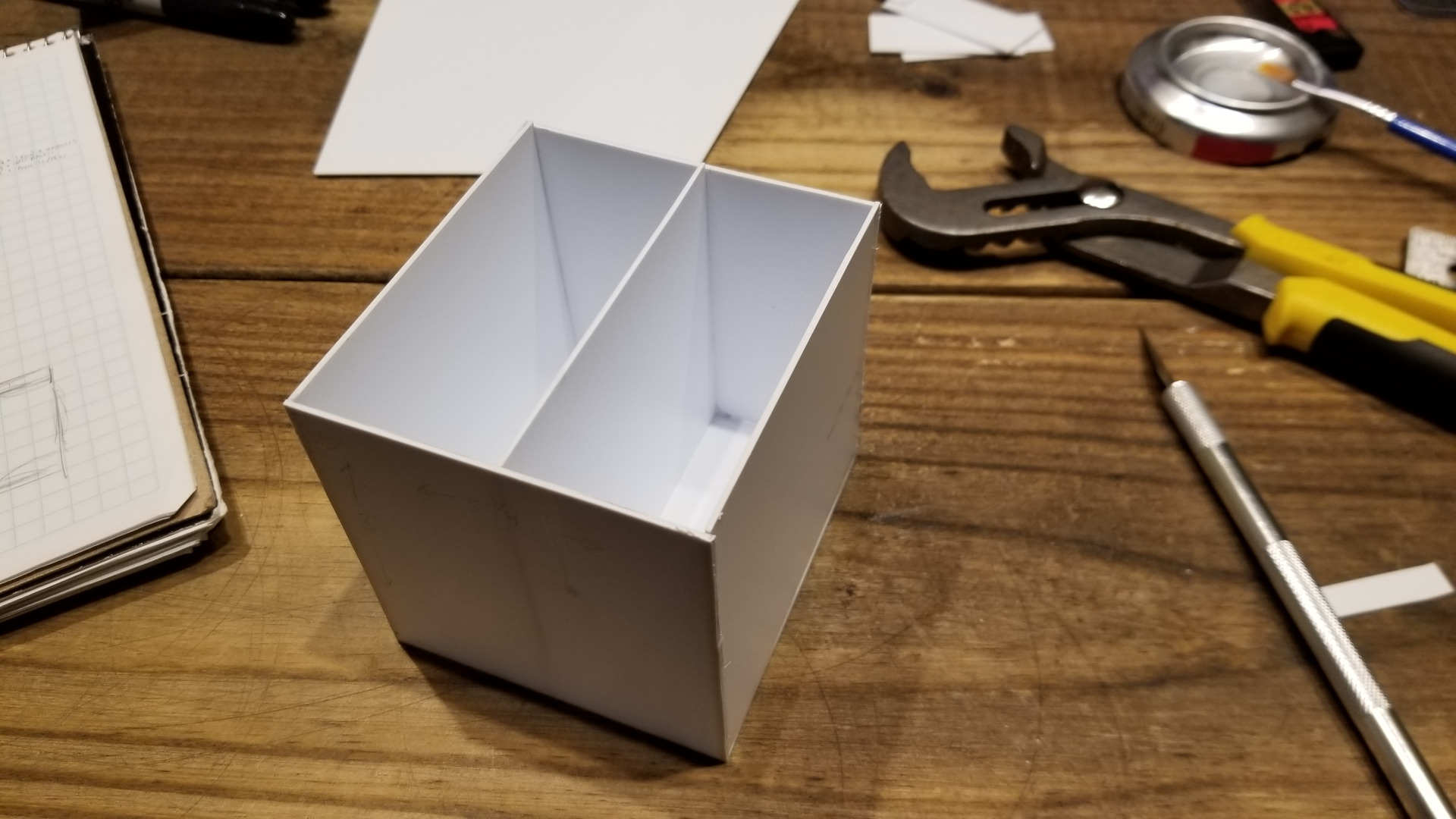 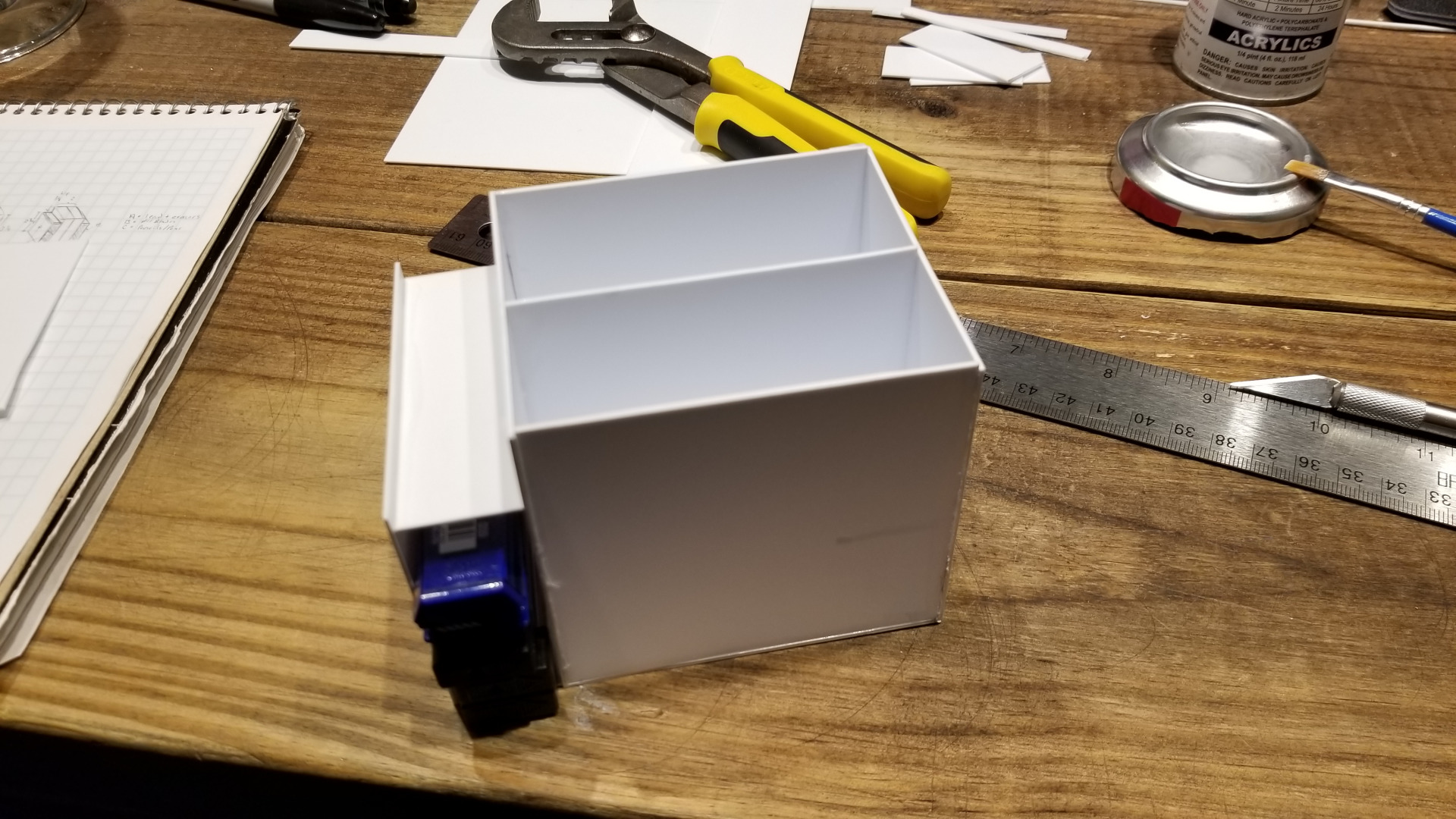 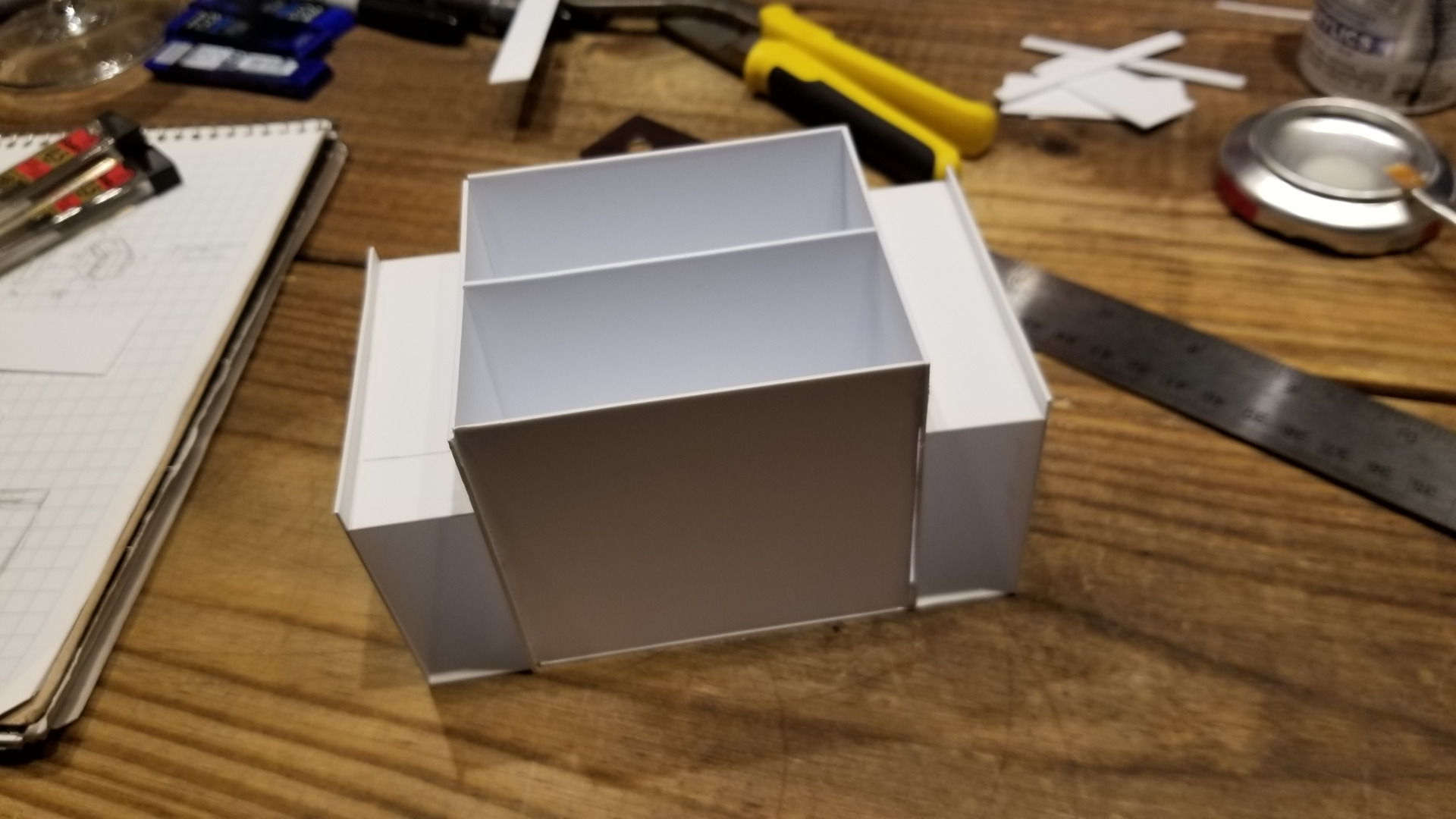 Ultimately it kind of works! 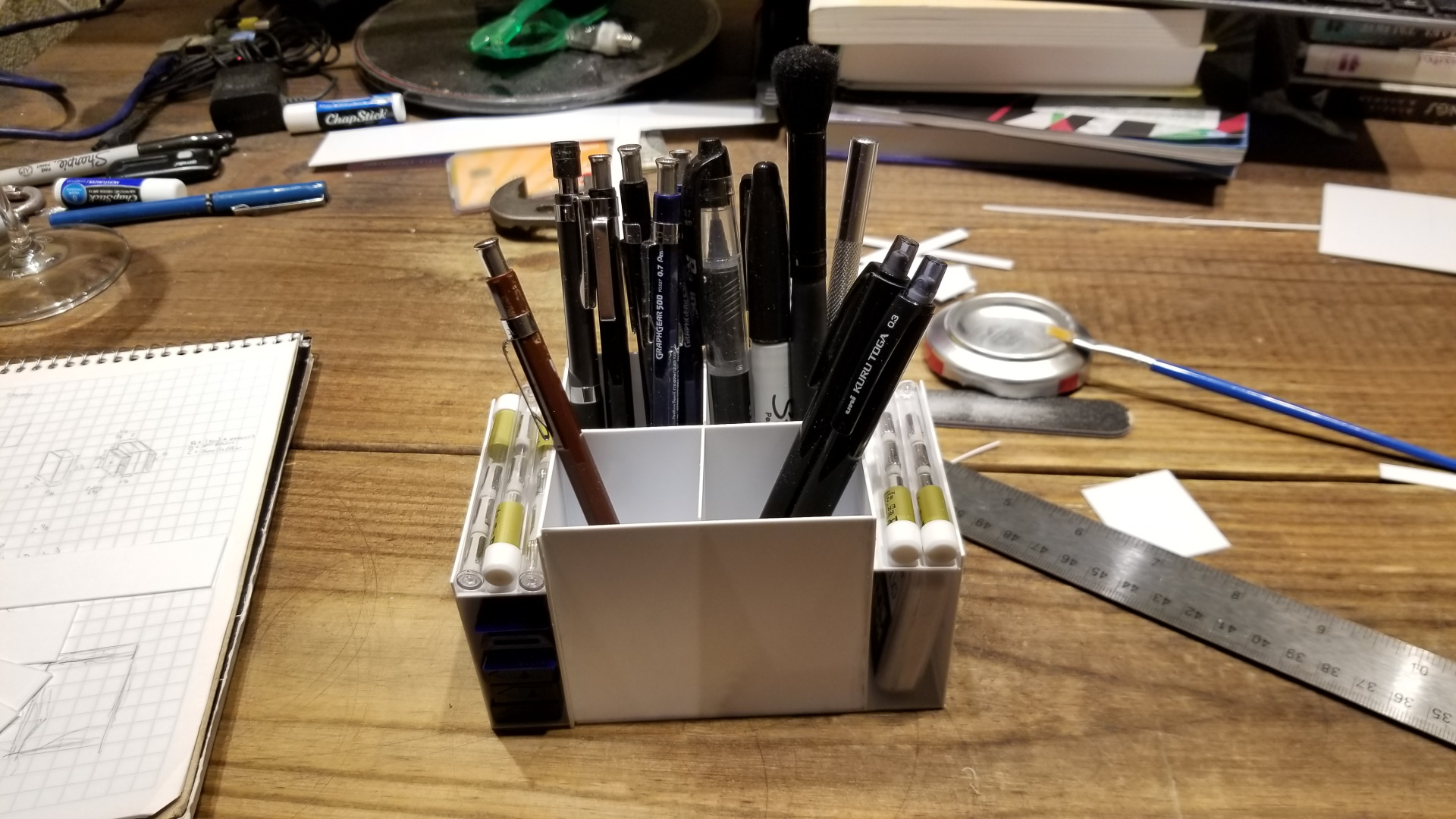